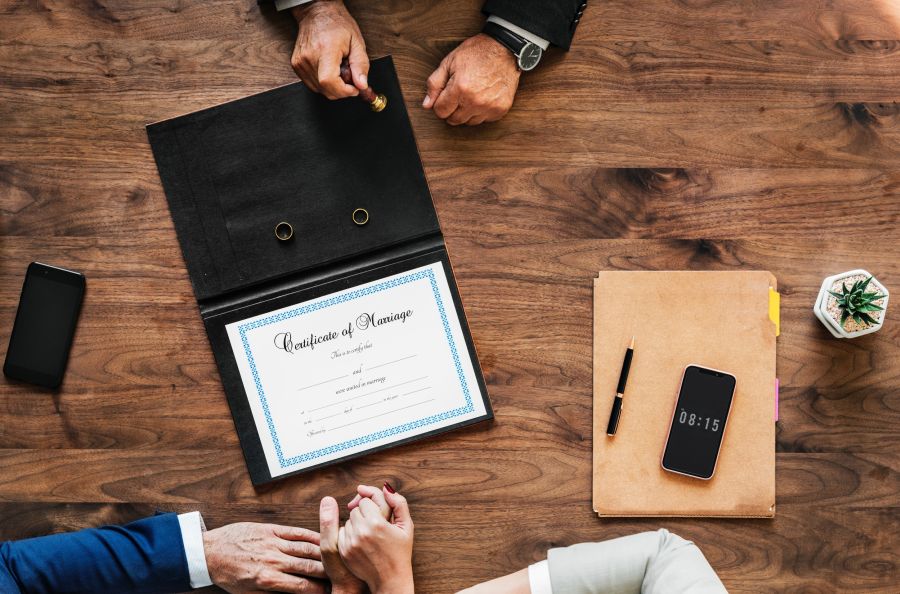 Prenuptial Agreements
Anyone who follows current entertainment news must be familiar with the term prenuptial agreement. Lately this legal contract has been contested from Hollywood to New York City. Just what is a prenuptial agreement? It is a legal contract agreed to by a couple before they marry, listing each party’s assets and rights in the event of death or divorce. It may also stipulate what each party may be entitled to the areas of property or support.

Prenuptial agreements generally are written because a spouse has property to protect. This can be assets like bank accounts, stock share real estate or even a family business.  If  someone is marrying for a second time the person may want to insure that certain assets are protected for the children of a first marriage.

Even if a prenuptial agreement doesn’t seem to be necessary, it is always wise to seek legal advice before marriage, considering the high American divorce rate. There is, in many cases, a preponderance of emotion generated when one party alone desires a prenuptial agreement.  The person requesting such a contract must be prepared to weigh emotion versus practicality.

Post Nuptial Agreements
These contracts are also called postmarital agreements and are similar in purpose, but are entered into after the marriage has taken place.

Contesting Agreements
Pre and postnuptial agreements are contracts. They are assumed to be legitimate and enforceable in Pennsylvania.

Reasons to contest: Evidence that a full disclosure of assets was not made initially; there was pressure or fraud involved at the time of signing. A number of agreements are contested because one or other of the spouses does not understand the implications of signing the agreement, or in the heady atmosphere of the prenuptial period, one spouse has ultimate trust in the motives of the other. If assets are involved it is always best to have legal advice in drawing up the contract. These agreements are not binding in the case of child custody and support.